The purpose of this organization shall be to maintain an organization of persons interested in books and libraries; to promote the awareness and use of the library; to support the library in expanding its resources, services and facilities and to cultivate a closer relationship between the library and the community.

"The meeting place of the valleys" was how the Indians of long ago described the heart of the valley 20 miles from San Diego and 10 miles as the crow flies to the ocean at Del Mar. Those who live there today still know it as the Indian word Poway. The San Digueno Indians roamed the area for centuries until the Spanish claimed the land in the 1700's. 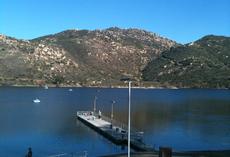 Watch This Space
What is coming up 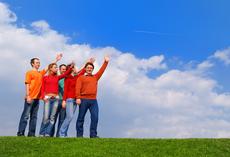 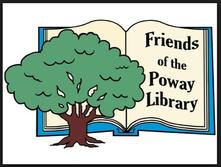 However, it wasn't until 1859 that Phlllip Crosthwaithe actually settled in the valley and took up cattle ranching. The valley was also ideal for farming with grain and fruit crops said to "grow without irrigation due to moisture from the ocean."3 Eventually the cattlemen moved their herds to Mexico and the economy of the valley became primarily based on agriculture.

Settlers into this area firmly established a prosperous, good and satisfying life. These people were stable, hardworking and conservative who built community institutions such as schools and churches. There were also many civic organizations such as the International Order of Good Templers.

At this time, with approximately 800 residents in the area, many of the factors necessary for the development of a library were present in Poway. There was a literate population, a good economy, peacetime, and a stable society. Even though all of these factors existed it was not easy to get approval for a library system in San Diego County and without some strong lobbying from Sacramento none of the branches would have gotten a start according to Nancy Saint John, public relations director for the San Diego County Library in 1988.

Harriet Eddy, a representative of the California State Library, was sent to San Diego in Feb.1912 to persuade county supervisors that a library system was needed. The approval of all five county supervisors was necessary and the word was that there was one hold out vote. Harriet Eddy learned that there was one person who could talk the lone supervisor into changing his vote, John D. Spreckles, a powerfuSan Diego businessman. He was happy to help and invited the supervisor to lunch. No one knows what was said at the lunch, but the supervisor did cast the deciding vote, after which he looked at Eddy and said, "Well, Miss Eddy, you've got your county library."